Issue: CalMan screen calibration software loads correctly and applies screen calibration upon bootup, but several minutes after will revert to uncalibrated state. Checking and unchecking the “Bypass LUT” box in CalMan preferences will reapply the calibration, however, after several minutes, it will again revert to uncalibrated state. I have not had this issue on any build until the Spring Creators Update. I installed this build as part of the slow ring a few weeks ago, and had to revert builds after experiencing this and another issue with touch scrolling being very jerky/generally laggy. I downgraded to Release Preview hoping this was something that would be solved by software update, but after my system again installed the SCU last night I again have the same issues as before. I reverted my computer again, but I am hoping this issue will be fixed before I am forced to install the update again as part of the regular update cycle.

@Team Has anyone else experienced this issue?

Update: So… an interesting development. After using the tool elsewhere on this site to convert my CalMan profile to a new Windows installation, I then ran the Windows display calibration utility and created a new color profile. Then, I exited out of CalMan client and then through Control Panel was somehow able to load the CalMan profile through Windows. Now when I start my V, the color profile kicks in on the lock screen instead of waiting until I log in, which is how CalMan Client worked before. I don’t know the exact steps of how to do this because I discovered it by accident and I’m too lazy to do it over again. But hopefully it helps someone out.

Is Eve currently or has been testing the ‘V’ with the next Windows 10 update?

I hope it will not become general after the next ‘swallow it, no choice windows update’

Would someone at Eve please comment on this issue, the “Spring” update is coming VERY soon. This needs to be tested by EVE immediately!

Considering it wasn’t working with a prerelease version of Windows for only one person so far (that we know of), I wouldn’t worry much about it. The insider previews always have bugs, and it’s up to CalMan [not Eve] to ensure that their own software works properly with the current version of Windows. Chances are, if this is truly an issue of incompatibility and not just a bug with the insider preview, CalMan will push an update to correct.

I understand your point, and i agree to an extent. But, considering that this build is going to go public in perhaps a week or two, i don’t think it’s too early to start ironing out software bugs.

The update seems to come roughly a week later than originally planned.

But, considering that this build is going to go public in perhaps a week or two, i don’t think it’s too early to start ironing out software bugs.

Those aren’t software bugs anybody here can iron out though, it’s either a preview issue (meaning it’ll work in the final release, preview is always more buggy), it’s a Windows issue (meaning it’ll never be fixed because Microsoft has bigger fish to fry), or it’s a CalMan issue (meaning the CalMan devs will have to release a patch). Eve has no input really in any of those things, so the best we can do is to sit and wait.

If the update causes us to lose the calibration without a way to restore it, it is an EVE problem. We did not choose the software, Eve chose the software. We paid for it and we expect it to work.

To add a data point: I have been running Spring Creators Update (build 17133) for about a week now without problems (the CalMan client and the V in general perform as expected).

If the update causes us to lose the calibration without a way to restore it, it is an EVE problem. We did not choose the software, Eve chose the software.

And if the software proves buggy and unreliable then Eve may find a way to switch to a different software. I can’t imagine it’d be all that difficult to import that profile into another program. Eve can’t fix somebody else’s software (Windows or CalMan), not because they don’t want to, but because those other company’s aren’t going to let anybody from Eve touch their copyrighted software.

We paid for it and we expect it to work.

If you have a problem with CalMan specifically and contact Eve, I almost guarantee they’ll either reference some CalMan documentation or contact CalMan directly. You could also choose to contact CalMan directly, because they’re the only people that will fix their own software. Eve delivered a screen calibration, whether or not the CalMan devs will support their own software has nothing to do with Eve.

To add a data point: I have been running Spring Creators Update (build 17133) for about a week now without problems (the CalMan client and the V in general perform as expected).

Literally one person so far has mentioned an issue and all of a sudden you’re up in arms about Eve needing to fix somebody else’s software? If it’s working fine with Ranth then I believe there’s nothing to worry about.

Pre-release software is buggy, that’s why it’s not released. You get told that many times when you enroll and install the preview, but nobody ever reads that stuff. 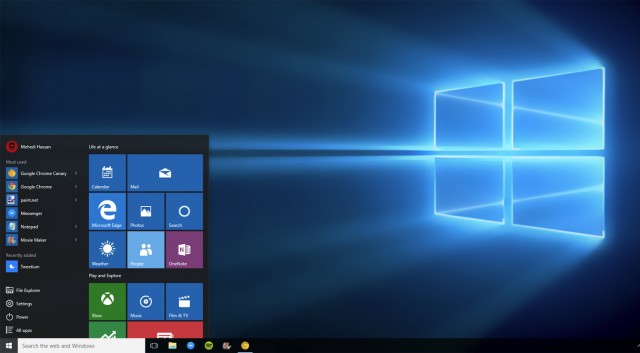 According to some unverified but totally believable online chatter, Microsoft has delayed the update because of a serious last minute bug.

We’re getting a little off topic here. The funny thing is you have been dead set on admonishing me and others about not complaining about buggy prelease software–you’ve totally missed the point of my post. Yes, i realize prerelease software is buggy, I’ve been a Windows insider ever since the first technical preview of Windows 10. The point I’m making here is more of a PSA than anything, through a complete reformat of the hard drive and reinstall of Windows and drivers, this issue has persisted–on a build that most likely is going public, perhaps with a bug fix or two added (i highly doubt this is the blocking bug that delayed release). So at this point its more than “a buggy prerelease software”, it’s a potential issue that any V owner who regularly updates their device could face. Yes, i realize i could also have faulty hardware, but it doesn’t seem likely to me.

Really the reason i posed the question is because if there are multiple users having the same issue, i will more than likely take the initiative to contact CalMan about the issue.

Really the reason i posed the question is because if there are multiple users having the same issue, i will more than likely take the initiative to contact CalMan about the issue.

And that’s all just fine. There shouldn’t be any expectation that Eve is able to or obligated to fix these issues with somebody else’s software though. The best they can do is contact CalMan after the update is released and is proven to break with the update.

I disagree with your points here. The CalMan software is part and parcel to the screen color calibration, which is a touted feature and integral to the Eve V “advantage.” As a manufacturer, Eve is in a much better position to work closely with suppliers and software developers than the end user. Eve also has pending order fulfillment where they might even be testing the latest Win10 update to check for problems. So raising this now is very relevant as most users, upon receipt of their new V, run an Win update. Or if the update had been released in time, Eve could have preinstalled for the end user. Either way, this info is relevant now. Why would they contact CalMan after as you emphasized when that is whole point of beta testing and preview builds–to ensure these types of unintended driver and software interactions are resolved prior to RTM or final build. My understanding is the color calibration and preinstalled settings only works with CalMan, but I could be wrong.

Any ways, this might have been an isolated issue, so raising it to both the community AND to Eve serves a dual purpose.

Elsewhere you mention you found a work around. Given GA is approx 10 days away can you share it?

In addition does anyone know if Spectral released an updated version? a few minutes at their website doesn’t inspire confidence most products have Dec 2017 as their most recent release.

The edit on my original post on this topic is about as well as i can explain the workaround. If i get a chance to duplicate the issue again i will take better notes. The jist is that it seems that Windows can actually read the calibration profile that CalMan makes, im not sure if calman has to be installed for this to work (it is installed on my system, i just disabled the auto startup). But interestingly when calman is enabled, there is an additional option in system display settings to choose a calibration profile, when CalMan is uninstalled this option disappears, so obviously CalMan is communicating the profile to Windows somehow and then Windows is taking it from there. After i disabled calman, i just ran the windows color calibration utility and then picked from the dropdown list of color profiles the one that looked like it was from CalMan(i.e. the one that had a name that was four times longer than all my other profiles), and voila! The added benefit is that the color calibration now applies during login or before instead of after login once the CalMan Utility loads.

I have been experiencing CalMAN malfunction a lot this month(dunno if it’s windows related?)… everytime i turn on my v, it worked on start up then a few minutes later the screen just turn “uncalibrated”(yellower than usual)

I’ve started seeing this issue as well, probably due to recent update, I am not sure.

But this is frustrating. Now my chrome is bluish, but funny its just Chrome, for now.

Mine reset when there are hardware changes, like disconnecting bluetooth devices.