Any In-Depth Review regarding the V Pen?

So I’ve read through the majority of the user experience reviews on this site and watched/read most of the reviews on other sites. I have yet to come across a review that really delves into the performance of the pen specifically. Most people give a half-baked review saying its “okay” or its “nothing to write home about” or “its good enough” but I have my doubts that these reviewers have spent enough time testing the pen out.

The pen is one of the main reasons I purchased the EVE V during the December flash sale as I am hoping to use it in university classes to annotate and take notes in Microsoft OneNote.

Can someone please provide some in-depth insights of the V pen, focusing specifically on note taking and annotating mainly in the OneNote app?

There is a topic where they show a test on the usage of the pen in a video. Don’t know what the precise title of the topic was but it was posted this week.

What exactly do you expect from such a review. I can make a 30 minute video of taking notes on the V… But it just works like a pen. You take it in your hand and write with it on the display. It is not and will never be as writing on paper. But it is good for note taking. If you are an artist and you need shadows, very thin lines and other crazy stuff this could be another question…

What about jitter issues, are there any problems while e. g. drawing a straight line? Is it possible to make an almost perfectly straight line without it being too reminding of an earthquake graph?

I’d like to know how efficient it is for writing. How often is it recognized, do the characters you write show up instantly, are they characters clear enough to read (given that the writer has neat writing), things like this should be mentioned.

But it is good for note taking.

I’m sorry but after weeks of trying I can’t agree with you. There are really many issues with the pen especially with writing. It is sadly not comparable with the Surface Pro 4 I’ve tried intensively. Maybe it’s just my device but when I read other threads of the community I doubt it. First you think everything works fine but if you use the pen for serious work for hours you get into trouble. Palm rejection isn’t reliable, many missing letters, more pen issues when charging the V, …Just to give some examples.
I hope there will be a fix since the pen was the main reason for me not to go with a MacBook again.
Don’t get me wrong. The V is a great device and in my opinion the Team did a good job but for now the pen isn’t usable for note taking at the university for me.

I just made a video of my professional artist friend comparing the iPad Pro against the V with both the V Pen and Bamboo Ink. I’ll ask her if she lets me publicize the video

This would be greatly appreciated.

Have you tried reinstalling the drivers, I’ve heard for some people that has fixed many of the pen issues.

Yes I did. Maybe it had influence on jitter but not on my main problems with the pen.

I’d love to see that and hear her thoughts. I hope she says yes!

https://www.youtube.com/watch?v=XkzgJEBDSEA Found this for everybody who is interested in the pen. We already had a first look and drawing in another video.

Pretty long video test of the pen here, don’t know how many people saw it. I’m not a digital artist but I would think this should be enough to see how decent the V is for this stuff. I believe there have been new drivers released since this video was made, just to keep in mind.

well with that video, the pen doesn’t look promising at all.

I believe there have been new drivers released since this video was made, just to keep in mind.

I think some drivers address the jittering…

I’ve had my V for 2 weeks, so still learning about it, but I come from using a Surface 3 which whilst a pretty low spec machine, nonetheless had quite good performance in note taking in Onenote.

TL:DR - The pen is pretty good when it works, it just doesn’t work consistently (yet) due to software issues

You wanted detail, here you go… my thoughts on OneNote performance on my m3 V . I’ve generally put this all over the place on the forum, but I’ll try to address your points (and more) all in one place:

EDIT: no review would be complete without a rating. See my general review in the link below, I gave it an 8 out of 10 (when it works), but ongoing intermittent performance is making me rethink this and mark it down, but I’ll give it a bit longer before changing the score. M3 LB - user view - with regular updates over time

Happy to help with any other questions you might have

I’d love to see that and hear her thoughts. I hope she says yes!

Spoiler: She likes the iPad Pro with Pencil much better, noting the more sensitive pressure sensor, better IAF (initial Activation Force), and the accuracy of the pen. Surprisingly, she likes the V pen better than the Bamboo Ink

Her drawing on the V 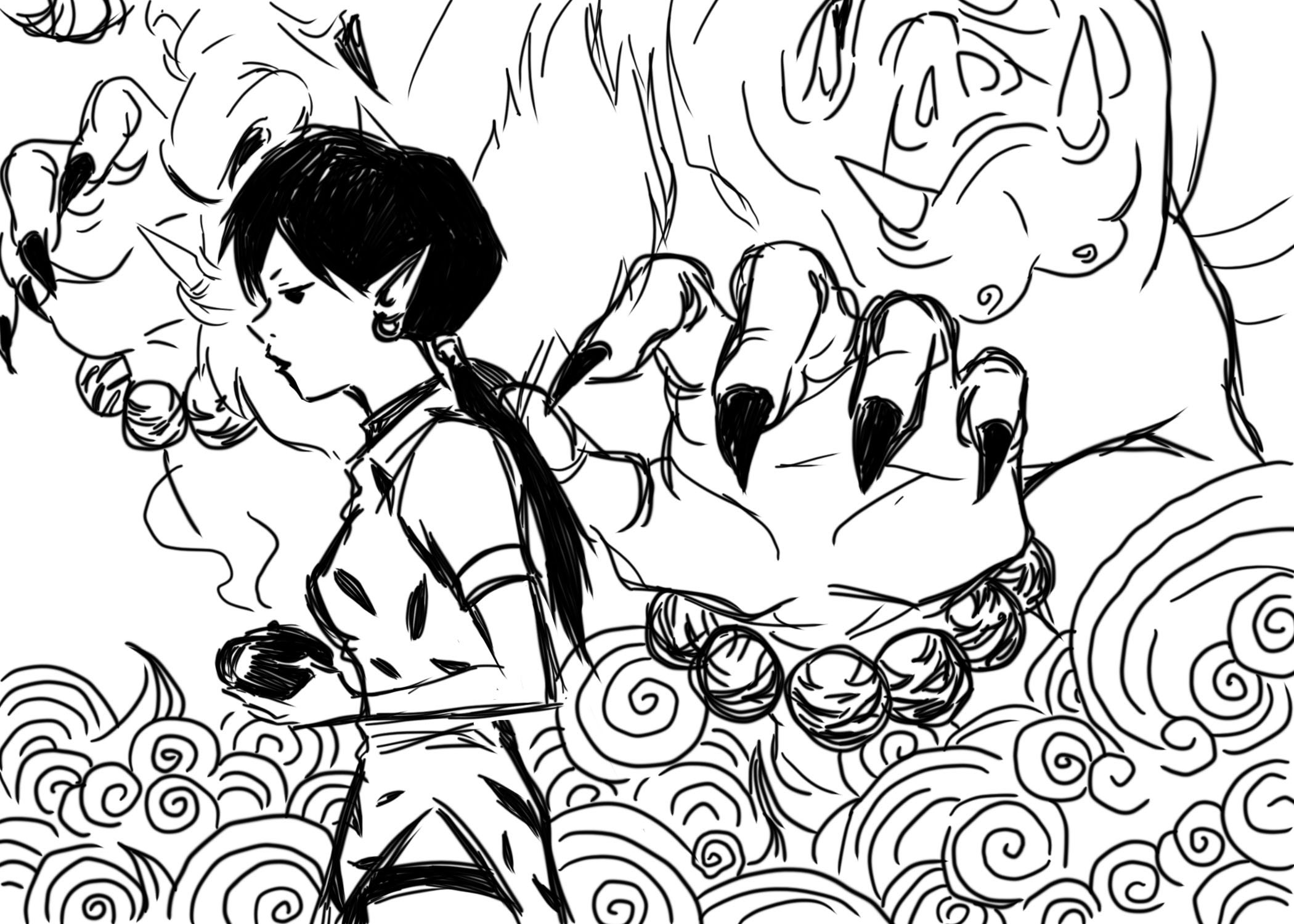 Her drawing on the iPad 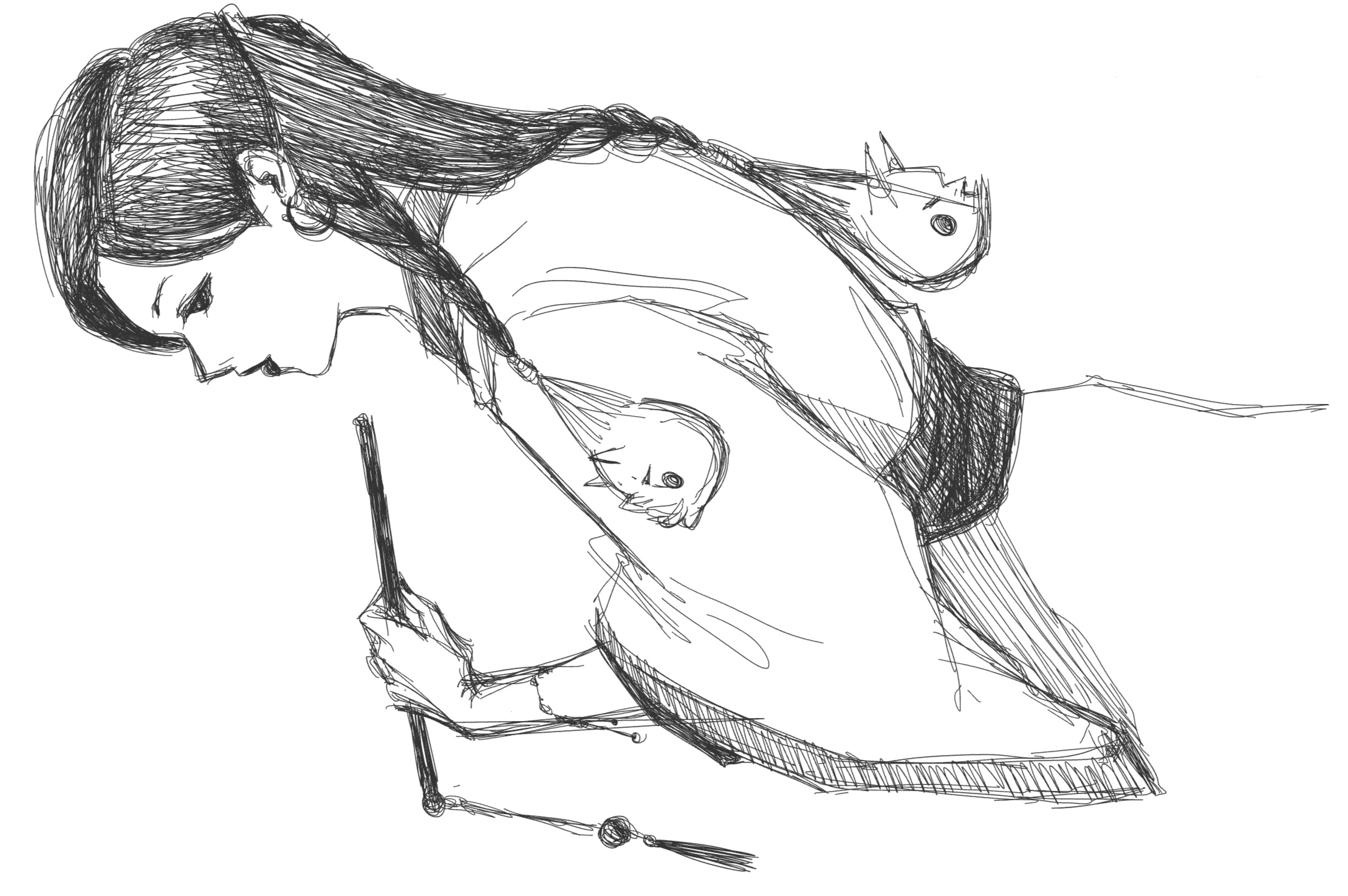 I’ve never used a pen before, so can I get a little help.

So, can I use it with any file (e.g. a Word document or a JPG file?. Is it’s use app specific, or do I have turn it’s functionality ON in a app.

Sorry for the newbie question.

yes you can. The drawing feature is added in almost every standard program of Windows 10. This also means office and your PDF reader. With Onenote you can also take a screenshot and directly write on it.

Do I have to turn it on, or does start automatically when I use the pen?

Now this was the type of answer I was looking for! Thanks for taking the time to write that up, it helped a lot.