Well AMD has released the announcement dates for the new Zen 3 CPUs and RDNA 2 GPUs. I got to say I am pretty disappointed that we have to wait till the end of October to know about the new GPUs. I was hoping to know at least the specs before the 3080 & 3090 release. May be tempted to kick my i7-8700k to side and go with a new Zen 3 CPU depending on the specs. 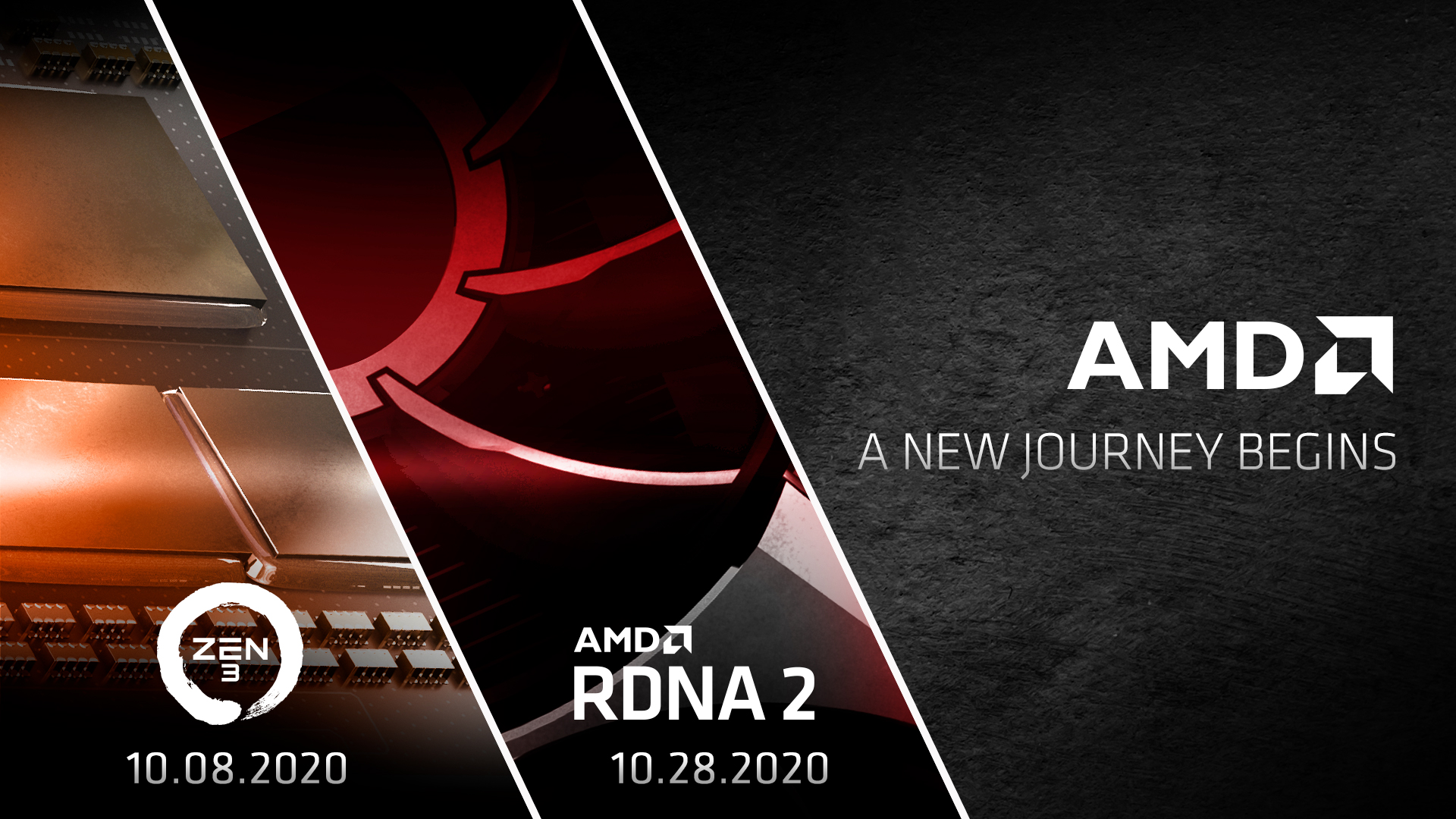 Same here about the CPU except specs be damned. Ive got a 4770k that’ll take one look at the RXT 3080 and start crying.

Haha I upgraded a few years ago to the 8700k from my old 4670k. Was a pretty nice jump then, so going to one of the Ryzen CPUs will be huge.

I’m sure there will be leaks to give a good idea of what the specs may be?

I hope so but they are saying they still have not sent any info to their board partners on the chips. Those are the ones that usually leak the info. This also means that there will not be any 3rd party 6000 series cards at launch since it takes them around 3 months to design and produce a card after they get the interface and technical info.

I would not put it past AMD to “leak” some benchmarks that make them look good against the 3080 in the next week or two.

I mean we know a few things about RDNA2 at this point just due to having the XBox Series X (take this info with a grain of salt, but it comes from Buildzoids video about it).

This in itself shows a decent perf/watt jump from the 5700XT which was:

We obviously know nothing about how much faster a CU will be compared to before, but if we assume near linear scaling just for the CU-Count we’re at around the level of performance of a 2080 Super, at 52 CUs.

Add to that the claims of AMD that they’ll achieve ‘50% increased perf/watt’ (I can’t find the source unfortunately) but that should at least make for a card that stacks up in an interesting way against the 3070 and higher - and again, with 52 CUs.

Roadmap slide from AMD at investors call or something like that.

So now it is official. The new Ryzen 9 5950X will beat the i9-10900K in gaming. If you want the best CPU to pair with your new GPUs this year then AMD is the way to go. Intel has already said they will not have their next gen till Q1 21 which will prob be March. Now you can get PCIe gen 4 and top gaming performance without having to choose.

For myself I may look at getting a 5900X to replace my 8700K. I honestly believe that with next gen consoles having 8 cores games in the future will be optimized for this setup.

Question is how is the performance going to look in higher resolution which they did not show us.

Higher resolutions become more GPU bound. The worst case for CPUs is low resolution. If you look at most CPU reviews they always show 1080p since that is where you can really see the differences between the CPUs. Will be interesting to see the benchmarks from reviews at 4K, but I would expect similar, if not better, performance to the i9.

Definitely with @darkguy2 with getting a 5900x. I definitely need the multicore/threaded performance over the 5800x and also wanna get that clock to 5GHz with a little OC’ing. Now, we wait.

So a lot of people are reporting that the GPU AMD showed off at the end of the Ryzen launch was not the top card, but the one a step down. This is really exciting since the one they showed off seems to be a little slower then the 3080. If they have a higher tier card then it may even beat the 3080. I guess in two weeks we will know for sure.

It would be pretty stupid if it was their best card. I mean, what is the purpose of the launch event on the 28th if they already showed their best? That would be a boring presentation and the hype train would go straight down the cliff.