I was hoping you guys might be able to offer me some advice. I’ve had a Sony Xperia Z5 for a year and a half now and it’s aged horribly. It’s gotten super slow and there’s yellow lines down the side of the screen (similar to what provisional V screen tests showed). I need to get a new phone as my Sony is getting intermittent and I’ve spent about €300 on repairs for it. But I’m really torn between these two makes and models. What are your thoughts? Or is there another android phone you’d recommend and why? Less than €600 please!

Or is there another phone you’d recommend and why?

Having used all the 3 main OSes (iOS, Android, WP), Id say Android is fundamentally flawed, and its flaw has been somewhat covered by overkill hardware. Basically you need twice the hardware (CPU cores, RAM capacity, battery) to match iOS and early WP, that speaks how inefficient that is.

Note that later version of WP, including 8.1 and possibly 10 (I have no personal experience with 10, so cant say anything) are somehow getting more and more similar to Android, essentially making it another variant of Android, but with no apps. Thats even less worthy.

Here’s one example. Notice how the apps are killed on Android after a resource-intensive app demanding the RAM and had to relaunch. Thats not the case with iOS

So that was a long post! Thank you for taking the time. I’ve only used iOS a little bit but I traditionally stay away from Apple ecosystems. I truthfully have no interest in what they’re offering even if it does result in them performing better. Just a personal preference.

I haven’t used a Windows Phone, I’ve only seen them. But they seem to lack apps which is also a downside for me.

I should have specified that really I am only interested in Android devices regardless of their flaws.

Can’t really agree on points made by Patrick but from the original post I would choose Oneplus 5.

And the biggest reason is the OS. Xiaomi uses heavily skinnde MIUI on top of Android and OP uses near stock Android with some customizations in OxygenOS.

OnePlus also has faster updates.And also much better custom rom support if you are in to that thing. I cant really be more happy with my OP5

I have an OP2 and it’s a solid working phone. The only complaint that I have is the stupid refocussing while making videos all the time. I know that you also can set the focus manually but it’s just not convenient to do so. And this issue drives me crazy. - Still I don’t know if this problem is fixed with the OP5, but with the OP3 it was still there.

I’m an android fan through and through.

When it comes to IOS I simply loath the overarching control that Apple try to have on the user. I feel the same as you do about Apple devices and systems.
But I must agree they can sometimes be great phones and software.
I just refuse to buy them anymore.

I’m a big fan of Samsung Notes (I’ve had them all except the Note 7).
When I couldn’t get the Note & I bought a Galaxy S7 edge, and loved it then I gave it to my son.

At the present I also have 2 Xiaomis that I still own and use :- Note pro (now my wifes) and my latest plaything is the beautiful looking and great to use Xiaomi Mix with its sensational screen.

My best friend couldn’t afford them and he bought a Xiaomi Redmi and he swears by it.

I am currently using 3 phones (Xiaomi Mix, Sony XZ and a Samsung Note 5) as I travel a lot on business and these all have Dual sim slots.

I had Sonys years ago and very fond memories of them. Well built and strong with great water proofing. However I’m not convinced by them as much and find it gets laggy very easily with some of my apps, especially running Wechat.

I think the Xiaomi phones are hard to beat for build, price and value and the Mi 6 is just great.

However look at the Mi Mix and compare the specs to suit your personal needs.

Another serious contender with great build, specs, quality and value is the Huawei P and Mate series. My other son has one and wont part with it.

In the end I think its always personal followed by the specs backed by feel and visual appeal that will determine your decision.

I bought Xiaomi MI Mix and it was terrible. The most basic things didnt work. Every time I make a phone call the light sensor unlocks the screen and as a result all my calls are put on hold. Also the housing started disintegrating.

Couple guys in the office have Xiaomis too and they have very similar experience.

My advise is that if you need a phone for 5 month than Xiaomi is OK! After that you will need a new one! If we talk about Chinese vendors I prefer Meizu more but they are also going wrong way when Alban invested in them.

Do you like that New keyboard App on the XZ?
I hated it and installed the Xperia keyboard App again, it is not officially supported but works flawless for me.
So far my XZ doesn’t get laggy no matter how many games i have in the background but rarly it quits not active apps or they crash in the background dunno why, must be an OS Bug.

I bought Xiaomi MI Mix and it was terrible. The most basic things didnt work. Every time I make a phone call the light sensor unlocks the screen and as a result all my calls are put on hold. Also the housing started disintegrating.

Couple guys in the office have Xiaomis too and they have very similar experience.

My advise is that if you need a phone for 5 month than Xiaomi is OK! After that you will need a new one! If we talk about Chinese vendors I prefer Meizu more but they are also going wrong way when Alban invested in them.

And add to that, the phone calls on the mi mix are terrible as there is no dedicated earpiece and the sound just resonates through the glass → announcing you calls to everyone around you

You know I’d have loved a Xiaomi Mi Mix for the bezellessness but they’re just so big! And I agree with your sentiments about Sony exactly.

What are your views on the XZ?

Those are some very strong and deeply concerning experiences! Is Xiaomi that awful? I can get why the mi mix could be bad… Because it’s microphone and speakers and weird. But do you think it’s possible it was just that model or the brand as a whole?

I had the Xiaomi Mi5 and I loved it! It worked flawlessly and great build quality. Well, until I accidentally sat on it… It was lying on the side of my office chair, half on the cushion and the other half on the armrest. It bent and stopped working at all

But no phone would have survived that.
So you’ll only hear positive things from me about Xiaomi

Tbh I’d be lying if I said I wasn’t surprised by how anti Xiaomi people are. I’ve only heard good things before this thread.

How about the Galaxy Note Fan Edition? Its only available in Korea so far, but should spread to other countries soon. 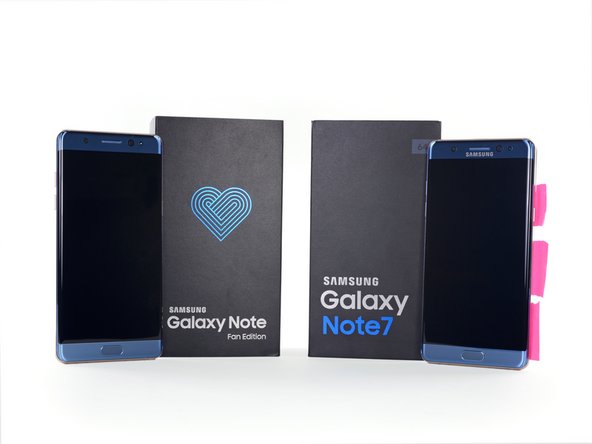 Its basically a rebranded, re-QC-ed Galaxy Note7. But I still think its the best Android phone to date due to its distinct hardware feature, that is the pen. I have an older Note that I use as a memo for my day-to-day task.

Not to mention the screen, in typical (flagship) Samsung fashion, is glorious.

Oh in addition. Finding anything about ceramic vs. glass as a phone chassis has been nigh impossible! Ceramic to me makes me think of delicate glass statues. The Xiaomi Mi 6 is all curved but it comes in glass or ceramic and I feel like it would shatter in either case. I can’t imagine I’m correct in this because it wouldn’t have been manufactured this way. Has anyone had a ceramic phone?

I shattered my ceramic Xiaomi Mix:))) despite the fact I had protective case on it

@Niloc I probably wouldn’t get a Sony again, just because I really love the Samsung Notes with the pen. And they are so damn strong and fast.

With the Sony XZ, I have last years model, I believe the latest is streets ahead of that one. Great camera, but I use phones for calling, emails and texting, hardly anything else except the occasional photo or two. Seriously worth considering for your needs.

The Xiaomi is surprisingly small in your pocket, but bloody slippery if you don’t use a case. The case that comes with it is good too, very well made and leather.

People are surprising biased against Xiaomi until they see, feel and use one.
I have no idea why they are like that.

@TheDestiny I use the swipe/swype keyboard app for typing
As I just swipe and type, it’s so much faster and Apple can’t do that!

Apple people look in awe sometimes and say - “how the hell does that work”?

I use it on all my Android phones.

@Konstantinos
I think you should let Xiaomi know, I feel they are a great company generally.
And they will happily replace or fix.

Our Xiaomi Note Pro has been going strong for 2+ years and my wife absolutely hammers it with Wechat. (She’s Chinese and you’d know how the Chinese are with Wechat). I have not had any of the problems you mention. I bought the Black/gold one and its about 5 months old and is going like it was when new.

Personally Xiaomi are my favourite Chinese brand of phone followed by Huawei and then the rest.

OOPS!
I don’t envy you doing that.

They have to be the most beautiful and most slippery phone on the market.

Great care is needed if you own one.

Sadly the case isn’t much help as protection, except to assist you to hold it better and drop it less.

Are you sure it’s the phone?

About the software, did you try putting a custom ROM and see if it solved the annoying problems?

@ patrick I think it will be available in China soon too and will be great value.

The trick is to buy the Hong Kong model as most Chinese phones can’t run Google even if you root them.

The Hong Kong Models also usually have International specs for most networks.